WISCONSINREPORT.COM (11/04/2014) [ELECTIONS] As of yesterday, the day before the November 4th General Election in Wisconsin, with early voting completed and mailed absentee ballots still coming in, more than 289,000 absentee ballots were cast so far, according to the Government Accountability Board.

Of the 289,615 ballots recorded through noon Monday, November 3, there were 216,361 early votes cast in clerks’ offices and there were 73,254 ballots cast by mail or other absentee voting methods. There were 16,537 absentee ballots issued that had not yet been returned.

“Ballots cast” means ballots completed and returned to the municipal clerk’s office. Those ballots are stored securely and then counted on Election Day at the polls or an alternate location. 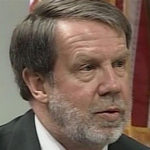 “We have easily surpassed all absentee voting for the 2012 recall,” said Kevin J. Kennedy, Wisconsin’s chief election official. In June 2012, there were 153,854 in-person (early) absentee votes and 265,427 total absentee votes. Early voting was October 20 to 31, not including the weekend.

Last week, Kennedy projected that 2.5 million Wisconsin residents – or 56.5 percent of eligible voters – will vote in the 2014 General Election, which would be a record for a November gubernatorial election.

Kennedy cautioned that the absentee numbers released are partial and preliminary. Out of Wisconsin’s 1,852 municipal clerks, about 360 use the Statewide Voter Registration System (SVRS) to track absentee ballots. However, those are the state’s larger municipalities, which cover 69 percent of Wisconsin’s voters.

Elections Division Administrator Michael Haas reminded voters that the deadline to mail absentee ballots back to the clerk is Election Day, November 4. Ballots must be postmarked by Election Day and received in the clerk’s office by 4 p.m. Friday, November 7 to be counted.