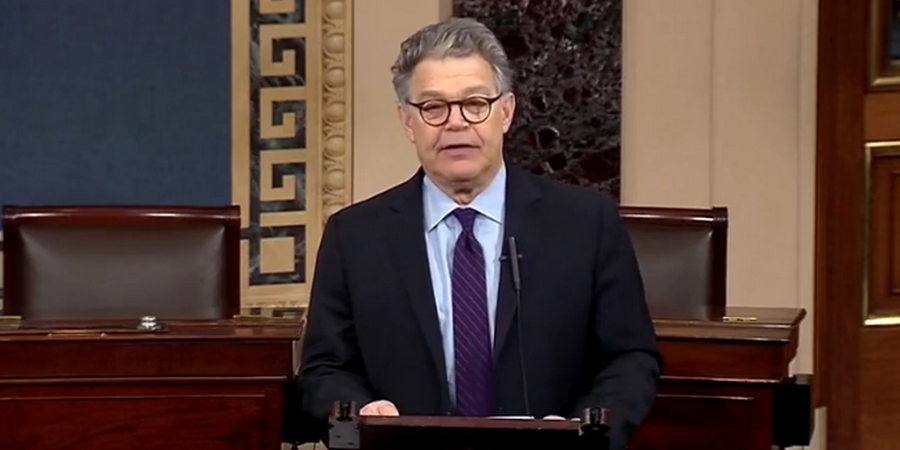 WISCONSINREPORT.COM (12/07/2017) – Minn. U.S. Senator Al Franken resigning, following colleagues insistence, even tho he feels 7 women accusers remember past experiences differently. Franken made his comments from the Senate floor December 7th, 2017. The women had came forward as part of the METOO movement from individual women who alleged wrong-doing of one level or another by various men at some time in the lives of the women making the allegations. Although Senator Franken acknowledged the women who accused him, he says some of the allegations did not happen, and he remembers other situations differently than the accusers. He thinks he would pass the Senate Ethics probe, but, in the wake of fellow senators urging him to resign, and the media attention, he doesn’t feel he would be able to perform his job adequately. Ironically, Franken has been a huge supporter of issues involving women and families, as well as a proponent of Net Neutrality, the latter of which is being threatened by the current makeup of the FCC under Pres. Trump. – WISCREPORT NEWSBRIEFS

News At Other State Sites: