WISCONSINREPORT.COM (06/06/2015) – The CEO of Renaissance Learning has been named a finalist for an Entrepreneur of the Year award. Renaissance Learning is the K12 assessment and learning analytics company that started in a Central Wisconsin home and has grown into a major player. The EY Entrepreneur Of The Year 2015 Award recognizes entrepreneurs who demonstrate excellence and success in business and their communities.

Award winners will be announced at a special gala event on June 17 at the Sheraton Hotel and Towers in Chicago.

The EY Entrepreneur Of The Year award highlights top executives from a variety of industries such as technology, biotechnology, manufacturing, services and real estate across the globe, and finalists are selected by a panel of independent judges for their outstanding leadership.

The finalists in this year’s Midwest program, which includes companies based in Illinois and Wisconsin, generated more than $17.4 billion in revenue and provided over 25,000 jobs by the end of 2014. 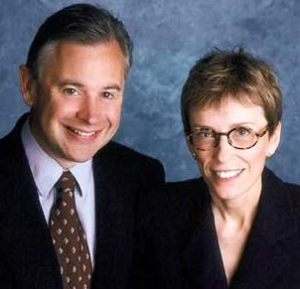 Renaissance Learning began in 1984 when Judi and Terry Paul started the company in the basement of their central Wisconsin home. Hellman & Friedman acquired the company in 2014. And while many things have changed over the years, the mission of accelerating learning for all still burns brightly.

Finalist Jack Lynch joined Renaissance as CEO in October 2012 and immediately started work that would build on the company’s successful products and fervent brand loyalty. His idea to harness Renaissance’s 2.6 billion data points on student learning to help teachers personalize instruction recently led to the launch of Learnalytics, the first website to provide insights into what students know, what they like and how they learn.

Lynch was also determined to instill a culture of innovation that would utilize Renaissance Learning’s vast resources to design new products and grow the company to fit the rapidly changing needs of the modern teacher. Under his leadership, the company has adopted a more customer-centric product development methodology, and investment in new product development has risen 70 percent. 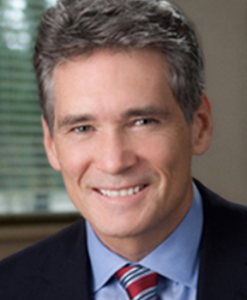 “I am deeply honored that EY chose me as a Finalist for the EY Entrepreneur Of The Year Award,” said Lynch.

“Since joining the Renaissance team, I have sought ways to innovate within what the company was already doing so well, empowering teachers with data and technology to accelerate learning for all,” Lynch added.

“It’s gratifying to be recognized for leadership that deepens and extends Renaissance Learning’s long-standing commitments to help educators across the country maximize learning for their students,” Lynch said.

Now in its 29th year, EY has recognized business leaders in more than 145 cities in more than 60 countries throughout the world.  Regional award winners are eligible for consideration for the EY Entrepreneur Of The Year National program.

Award winners in several national categories, as well as the EY Entrepreneur Of The Year National Overall Award winner, will be announced at the annual awards gala in Palm Springs, California, on November 14, 2015. The awards are the culminating event of the EY Strategic Growth Forum®, the nation’s most prestigious gathering of high-growth, market-leading companies.

Renaissance Learning, Wisconsin Rapids, WI, is a leader of cloud-based K12 assessment and learning analytics with a presence in more than one-third of U.S. schools and 60 countries around the world.

By delivering deep insight into what students know, what they like and how they learn, Renaissance Learning enables educators to deliver highly differentiated and timely instruction while driving personalized student practice in reading, writing and math daily.

EY Entrepreneur Of The Year is the world’s most prestigious business award for entrepreneurs. The unique award makes a difference through the way it encourages entrepreneurial activity among those with potential and recognizes the contribution of people who inspire others with their vision, leadership and achievement.

As the first and only global award of its kind, Entrepreneur Of The Year celebrates those who are building and leading successful, growing and dynamic businesses, recognizing them through regional, national and global awards programs in more than 145 cities in more than 60 countries.

EY is a global leader in assurance, tax, transaction and advisory services.