WISCONSINREPORT.COM [WiscReport.com] (01/04/2015) Wisconsin ended 2014 with 491 traffic fatalities, which was the lowest number of deaths and the first time below 500 fatalities since 1943 when 417 people died in crashes, according to preliminary statistics from the Wisconsin Department of Transportation (WisDOT).

“There is no single factor that led to this reduction in traffic fatalities to the lowest total since 1943 when the number of vehicles and the miles traveled on Wisconsin roads were a fraction of what they are today,” said WisDOT Secretary Mark Gottlieb.

“We know that the majority of serious crashes are caused by bad driving habits and irresponsible decisions. Therefore, motorists deserve a great deal of credit for saving their own lives and lives of others by slowing down, paying attention, buckling up and driving sober,” Gottlieb continued.

“In addition, WisDOT and our partners continue to invest funding and resources to improve traffic safety enforcement, education and engineering. These investments are clearly helping to prevent fatalities,” Gottlieb said.

David Pabst, director of the WisDOT Bureau of Transportation Safety, noted several factors that contributed to the reduction in traffic deaths.

He pointed out that safety belt use in Wisconsin reached an all-time high in 2014 with nearly 85 percent of drivers and passengers buckling up.

Although the figures for alcohol-related fatal crashes in 2014 won’t be available for a few months, Pabst says, “Deaths due to alcohol-related crashes in Wisconsin have declined dramatically in the past 10 years from 348 fatalities in 2003 to 185 in 2013, which is a 47 percent reduction.” 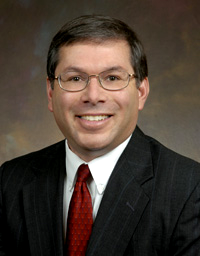 The 2014 riding season was shorter than normal because of a cold spring. But efforts to improve motorcycle safety through rider education and training also contributed to the drop in fatalities.

About 35 percent of motorcyclists’ fatalities from 2003 to 2013 involved riders who had not completed the safety training or skills test required to obtain a motorcycle license, so we must continue our efforts to get more motorcyclists trained and properly licensed.

In addition to improved driving behavior, engineering had a significant role in saving lives.

“Engineering advancements have made the vehicles we drive and the roads we drive on much safer,” Pabst said.

In assessing the decrease in traffic fatalities, Secretary Gottlieb said, “We are encouraged but certainly not complacent about our continuing efforts to prevent traffic deaths and injuries”.

In Wisconsin, on average, more than one person per day is killed in a crash and more than 100 are injured.

“Traffic fatalities are more than just numbers and statistics. Each number was a person whose tragic death was mourned by family and friends,” Gottlieb said.

Most traffic deaths could have been prevented if motorists had only slowed down, paid attention, driven sober and buckled up.

“We all must do everything we can to reach the ultimate goal of zero preventable traffic deaths in Wisconsin.” Gottlieb pointed out.