WISCONSINREPORT.COM (03/19/2015) – The Sierra Club is worried about Wisconsin cutting 66 DNR positions and stripping authority away from the Natural Resources Board intended in the 2015-2017 state budget proposed by Gov. Scott Walker. The conservation organization is also concerned about excessive amounts of Transportation Department borrowing, and other matters.

Some of the other matters, include, reduction of Managed Forest Land program staffing and oversight, as well as deep cuts to environmental education, state parks, recycling, and programs designed to reduce runoff pollution that threaten lakes, rivers, and streams.

The Sierra club is also dismayed over the proposed repeal of Wisconsin’s effective complete streets law and the elimination of state funds for Transportation Alternatives Program that enhance public safety by supporting programs like Safe Routes to School.

The Sierra Club was founded in 1892 by John Muir and friends.

“Here in northeastern Wisconsin, we are fortunate to be surrounded by beautiful water resources, from Lake Michigan to Lake Winnebago to the Fox River”, said Sierra Club Conservation Chair Will Stahl.

“We urge the Joint Finance Committee to reverse the proposal to eliminate the Fertilizer Research Council and its innovative manure management studies, restore $1.6 million in funding to county Land and Water Conservation Departments who work with farmers and restore $920,000 in funds for nutrient management plans to reduce runoff pollution” , Stahl added.

The Sierra Club is also dismayed to see the proposed cuts to positions at the Department of Natural Resources (DNR) related to science, education and research, according to Shahla Werner, Director, Sierra Club, John Muir Chapter.

“It is dangerous to cut science positions at a time when Wisconsin’s natural resources face daunting, unprecedented threats, from climate change to algal blooms to Chronic Wasting Disease and more. Having in-house scientific experts at the DNR is the foundation of sound management and policymaking”, Shahla Werner said. 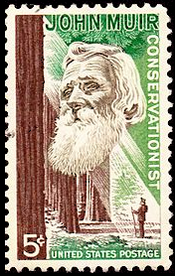 The Sierra Club has grave concerns about Governor Walker’s proposal to freeze Knowles-Nelson Stewardship land purchases, which have protected over 500,000 acres of land since 1989. Stewardship lands benefit all Wisconsinites by supporting our $18 billion forest products industry and the 60,000 jobs it supports, by protecting habitat, connecting youth to outdoor learning opportunities, and enhancing recreation such as wildlife watching, fishing and hunting.

“Last year Sierra Club members worked with the Natural Heritage Land Trust and other groups to purchase and permanently protect 198 acres of forest, prairie and wetlands habitat adjacent to John Muir’s Marquette County boyhood home, an acquisition that may not have happened without Wisconsin’s Stewardship program,” Sierra Club Conservation Chair Will Stahl explained.

The Sierra Club agrees with Assembly Representative Ripp, as well as the Transportation Builders Association, and others who are concerned about the $1.3 billion in bonding being too high. The Sierra Club’s position is to reduce debt by delaying or cuting unnecessary highway projects like the I-94 east west corridor that is slated to cost taxpayers $850 million.

The Sierra Club is trying to convince the Wisconsin Joint Committee on Finance that projects such as the I-94 corridor does not make sense, given that the local community opposes the project and people are driving less.

The Sierra Club also suggests the State could fix this section of road for a fraction of the cost and expand transit to alleviate traffic.

Leadership in the Sierra Club is wondering how the Wisconsin government seems to have an unlimited appetite for highway spending at the same time the Governor Scott Walker budget proposals make devastating cuts to public education and natural resources.