Senator: Republicans Ignored Will Of People In Gun Action

WISCONSINREPORT.COM (04/21/2015) – Wisconsin State Senator Chris Larson is saying Republicans decided to ignore the will of the public, and side with special interest groups, by repealing Wisconsin’s 48-hour cooling-off period on purchasing handguns. The Milwaukee Democrat says polling has shown the majority of residents in Wisconsin want background checks, but Republican legislators went the other way.

“Today’s actions come as a slap in the face to citizens desperate for solutions to increasing gun violence,” Senator Chris Larson said in response to the vote.

“Instead of focusing on ways to make our communities safer and implementing background checks for all types of firearm sales, which polling has shown a vast majority of the public and even 74% of National Rifle Association members support, Republicans took a completely irresponsible step backwards by ignoring the public safety and mental health needs of our community,” Senator Larson said. 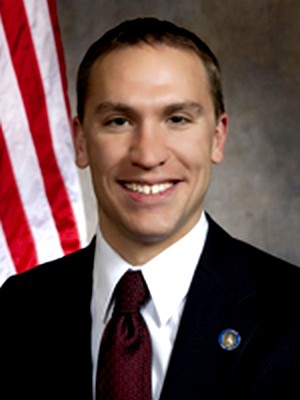 “We must do more to protect families against gun violence, not cave to the influence and pressure of gun manufacturers and lobbyists,” Senator Larson added.

“Republicans passing this bill today is like eliminating stoplights, and pretending there won’t be more accidents,” Senator Larson suggested.

“Republicans in the Legislature need to put aside their blind support for Governor Walker’s ambitions, and stop passing bills to bolster his rhetoric while he tries to leave Wisconsin behind,” Larson pointed out.

“Instead, they should join us in focusing on improving the quality of life of our neighbors here in Wisconsin”, Senator Larson went on.

“We’d be much better off as a state, if leaders instead promoted our state’s shared values, such as investing in our kids’ schools, improving access to basic health care services, and creating family-supporting jobs that will help us grow the economy,” Wisconsin Senator Chris Larson explained.

Senator Chris Larson was sent to the State Senate in Madison, Wisconsin to represent the people of the Cudahy, Oak Creek, St. Francis, South Milwaukee, Milwaukee, and Franklin, Wisconsin areas. He serves on the Senate Committee on Education, Labor and Government Reform Committee, and the Committee on Workforce Development, Public Works and Military Affairs.

Larson was a Milwaukee County Board Supervisor from 2008-2010, prior to being elected to the Wisconsin Senate in 2010. State Senate Minority Leader 2013.