WISCONSINREPORT.COM (04/30/2015) – A study, designed to determine how many Wisconsinites think Governor Scott Walker should accept federal money to fund Medicare in the state, indicates 82 percent say, yes. Wisconsin is one of several states that have chosen not to expand Medicaid with federal funds offered under the Affordable Care Act (ACA).

Wisconsin is currently facing a projected $2 billion budget shortfall and could save $345 million by fully expanding Medicaid under the Affordqble Care Act. The expansion would provide an additional 150,000 Wisconsinites with access to quality, affordable health care.
United States House of Representatives Congressman Ron Kind, LaCrosse, WI, says the study “underscores that Governor Walker needs to listen to the people of Wisconsin and accept federal Medicaid expansion”. 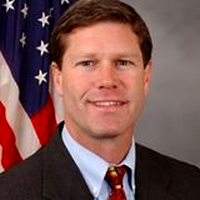 “Over 82% of respondents agreed that Medicaid expansion is good for Wisconsin,” Ron Kind said.

“While Wisconsin faces a $2 billion budget shortfall and Governor Walker is threatening $300 million in cuts to our University System, preventing Wisconsinites from receiving $345 million in benefits we’ve already paid for is totally irresponsible and not in our best interest”, Kind continued.
“I urge Governor Walker to follow the lead of other Republican Governors around the country and accept Medicaid expansion,” added.
Congressman Ron Kind organized a Medicaid expansion survey in April of 2015, which was sent to Wisconsin residents. 844 residents responded to the survey and indicated whether they supported expanding Medicaid in Wisconsin. If supportive, respondents were asked to indicate the most important reason(s) for expanding Medicaid in Wisconsin. 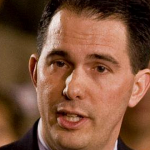 31% said they favor it because it is irresponsible to refuse $345 million in federal funds when Wisconsin faces a $2 billion budget shortfall.

22% said they favor it because the federal funding will go to other states if Wisconsin does not expand Medicaid.

The study concludes, “it is clear that an overwhelming majority of Wisconsinites surveyed support the expansion of Medicaid. Nearly two-thirds of those surveyed support expanding Medicaid because (1) it will provide health coverage to over 150,000 Wisconsinites and (2) they believe it is irresponsible to refuse $345 million in federal funds when Wisconsin faces a $2 billion shortfall”.
The study conclusion adds: “The results serve as yet another reminder that Medicaid expansion is right for Wisconsinites”.