WISCONSINREPORT.COM (10/18/2014) [ELECTIONS] – Wisconsin voters have a choice to make in the November 4th General Election, a new direction with gubernatorial candidate Mary Burke (D), or, stay the course with Governor Scott Walker (R). Following the second televised debate of the two candidates, we have reactions from both sides.

Burke for Wisconsin Campaign Manager Maggie Brickerman points out that voters can choose a new direction with Mary Burke, where “everyone willing to put in the hard work gets a fair shot”, or to “continue on the failed path Gov. Walker has us on”, which Brickerman says, “puts those at the top and special interests ahead of working families and the middle class”.

“Under Governor Walker, Wisconsin is dead last in private sector Midwest job creation, lagging on income, and facing a ballooning $1.8 billion budget shortfall. And it is getting worse. Wisconsin families can’t take another four years of Walker’s failed policies; they’re ready for a new direction with Mary Burke”, Brickerman says. 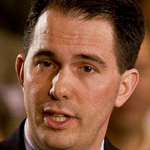 On the other hand, Friends of Scott Walker Campaign Manager Stephan Thompson says the final Wisconsin Broadcasters Association debate, Friday, October 17th “offered Wisconsinites a clear choice: continue Wisconsin’s Comeback with Governor Scott​ Walker or go back to the failed policies of the past with Mary Burke.

“In just four years, Governor Walker helped the private sector create more than 110,000 jobs, turned a $3.6 billion deficit into a surplus,​ and lowered the unemployment rate to its lowest point since 2008,” Stephan Thompson stated.

Thompson says, “that momentum has carried Wisconsin out of September with the creation of​ ​8,400 ​private sector jobs, the best September in over a decade”.

“Wisconsin is heading in the right direction, and we will be even better four years from now if voters re-elect Governor Walker on November 4”, Walker’s Campaign Manager stressed. 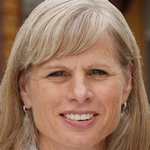 “Mary will work for a future where good paying jobs are available; where higher education is affordable, health care is accessible, and your neighborhood school is one of the best in the country,” Brickerman says.

In the hour-long televised event, Burke laid out her vision for growing Wisconsin’s economy and taking Wisconsin in a new direction – one that puts people ahead of special interests and problem-solving ahead of politics.

Republican Party of Wisconsin Chairman Brad Courtney says Governor Scott Walker  “clearly conveyed his vision for continuing Wisconsin’s Comeback to get people back to work and ensure a brighter future for all”.

“It was disappointing that Mary Burke again dodged her failed tenure as Jim Doyle’s Commerce Secretary when the state lagged the nation in job growth every year,” Courtney said.

The Wisconsin G.O.P Chair says, “instead of outlining a specific vision for the future, Burke continues to desperately attack the Wisconsin Comeback with copy-and-paste ideas and campaign rhetoric that doesn’t match”, which Courtney called “her dismal record”.

“Today, we are better off than we were four years ago, and we must continue moving Wisconsin forward by re-electing Governor Walker on November 4th,” Wisconsin Republican Party Chairman Brad Courtney says.

However, Mary Burke’s Campaign Manager Maggie Brickerman says, “I know Wisconsin can do better. And by ensuring that everyone gets a fair shot – we WILL do better,” as Mary Burke said in her closing statement:

“Governor Walker has had four years; and his top down approach that puts those at the top and special interests ahead of you – just isn’t working”, Mary Burke said in the debate Friday night. “Think about what that means for you, a better neighborhood school for your child, more affordable college education, and greater economic security for your retirement”, Burke continued in her closing statement.

“I can’t wait to get to work as your Governor”, the Democrat challenger, Burke, said.