WISCONSINREPORT.COM [WiscReport.com] (12/07/2014) – The Republican Party of Wisconsin has voted unanimously to re-elect Brad Courtney as its chairman for another two years at a meeting of its Executive Committee in Milwaukee.

The WisGOP declared that under Courtney’s leadership, the State Party has experienced unprecedented growth, playing a key role in historic victories across the state. Courtney has led the Party for 53 months, over two periods, prior to his re-election.

As Chairman, a Party spokesperson says, Courtney has overseen the expansion of the State Party, which has spread its message further than ever before. This message is deeply resonating with Wisconsinites who are eager to see the state continue moving forward.

“Brad Courtney has proved himself to be an indispensable leader for the Republican Party of Wisconsin”, Governor Scott Walker said.

“Over the course of several election cycles, Brad has earned the trust of grassroots activists across the state through his tireless work in growing our Party and promoting its vision”, Governor Walker continued.

“I am proud to see my friend be re-elected to another term as the chairman of the Republican Party of Wisconsin,” Walker said.​

“I am absolutely thrilled to continue leading the Republican Party of Wisconsin for another two years,” said Courtney. 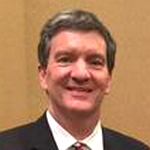 “It is an honor to work alongside our great volunteers and elected leaders to secure a better future for our state, and I am confident the Party’s brightest days are ahead, re-elected Republican Party of Wisconsin chair Brad Courtney said.

“I will continue working to ensure we seize the momentum gained from our victories and look forward to the future successes of our party,” Courtney stated.

State Republicans were appreciative of Courtney’s efforts during the recent campaign cycle, in which Republicans won much-needed re-elections and increases in numbers in the state legislature. That’s why they unanimously gave Courtney another term as Chairman. However, Courtney’s Wisconsin Democrats counterpart, Mike Tate, may not have that kind of popularity among Democrats, who didn’t fare as well in the 2014 elections.