WISCONSINREPORT.COM (02/14/2015) – State Representative Kathy Bernier (R-Lake Hallie) is praising the unanimous voice vote in favor of AB 16, a measure she co-sponsored, in the state Assembly. The bill is aimed at raising public awareness of human trafficking in Wisconsin.

“Eau Claire and the greater northwest part of the state have seen an increase in human trafficking activity in recent years,” Rep. Bernier said.

“The Interstates 94 corridor from Chicago through Minneapolis has become very problematic. Enlisting the help of our general public and providing the opportunity for victims to reach out for help as we combat this abhorrent crime is a big leap forward,” Bernier added. 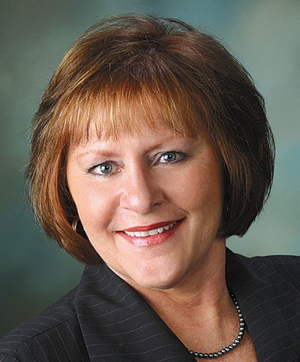 Under provisions in the bill, DOJ would create and make available posters with the national human trafficking resource center hotline. Posters will be printed in English and Spanish and the national hotline number is accessible in 170 languages.

Further, DOJ would be required to encourage placement of the posters in locations where victims are likely to be such as truck stops, sporting arenas, salons, hotels, hospitals.

“If we can help one person escape the clutches of someone perpetrating this awful crime, then we should,” Assembly Representative Bernier said.

“Increasing public awareness can help make a difference in the lives of some the most vulnerable among us,” said Bernier.

Another bill co-sponsored by Rep. Bernier and passed in the Assembly, AB 10, would protect a victim of domestic abuse, or a child victim, from continued harassment from an abuser in another state.

AB 10 allows a restraining order to be issued across state lines and provides for personal jurisdiction over an individual engaged in harassment or stalking but residing in another state.

“We live in a social media world with email, text messaging and Facebook all providing opportunities for abusers to stalk and intimidate from across state lines,” Representative Bernier said.

“This is not a new law, but rather addresses the need to update current law for today’s reality,” Bernier said in reference to AM 10.