WISCONSINREPORT.COM [WiscReport.com] (12/26/2014) An opinion issued by Attorney General J.B. Van Hollen is expected to ease the fears by some that Wisconsin was open to a legal challenge through a restriction on foreign land ownership wanted by people who believe Wisconsin farm land should remain in the hands of non-foreigners.

In a memo to Assembly Speaker Robin Vos, Wisconsin Attorney General J.B. Van Hollen concluded that Wisconsin’s statute limiting the foreign ownership of farmland by nonresident aliens does not contradict the General Agreement on Trades and Services GATS. 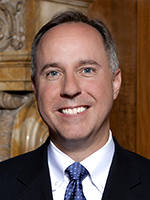 Van Hollen issued the advisory opinion at the request of Representative Vos in his role as chairman of the Assembly Committee on Organization. Wisconsin state statute currently limits nonresident aliens and foreign corporations from owning more than 640 acres of farmland, and previous attempts to repeal the law by placing a provision in the 2013-2015 biennial budget failed as Wisconsin Farmers Union, among others, fought to maintain the restriction on foreign ownership of farmland.

Allowing foreign individuals, corporations, or governments to purchase an unlimited amount of land would be bad news for family farmers, according to Wisconsin Farmers Union President Darin Von Ruden.

“Elimination of the current law would drive up land prices to the point that a farmer looking to expand by purchasing his neighbor’s 40 acres or a beginning farmer trying to buy land would be priced out of the market,” Von Ruden said. 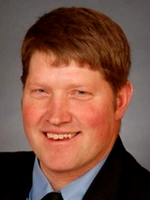 “The statute helps protect rural communities that would suffer should the legislature decide to remove it,” Von Ruden continued.

“A strong and resilient economy is built on re-investment. When land is owned by Wisconsin residents, they put money back into the economy by doing business locally, sending their kids to area schools, and serving their communities,” Von Ruden said.

The Wisconsin Farmers Union will monitor the budget and legislative process closely to ensure that there are no attempts to eliminate the restriction.

Wisconsin Farmers Union is a member-driven organization committed to enhancing the quality of life for family farmers, rural communities and all citizens through educational opportunities, cooperative endeavors and civic engagement.