WISCONSINREPORT.COM (12/01/2014) [CONGRESS] – U.S. Senator Tammy Baldwin (WI-D) and a bipartisan group of her colleagues have demanded a delay in the planned consolidation of up to 82 U.S. Postal Service (USPS) mail processing facilities.

The current letter was sent after the USPS Inspector General found the Postal Service failed to fulfill its obligations to adequately study the impact of the consolidations, and failed to inform the public of those impacts.

“We strongly urge the USPS to delay implementation of any mail processing consolidations until feasibility studies are completed and there has been adequate time for public comment and consideration of those comments,” the Senators wrote.

“Completed feasibility studies should include service standard impacts worksheets based on the revised service standards expected to be published on January 5, 2015,” the U.S. Senators continued. 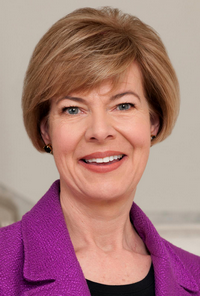 “There is no reason that the USPS cannot delay its consolidations to provide time for the public to see and comment on the service standard worksheets,” the Senators wrote.

“It is only fair to allow the process to unfold in this way, and the USPS gains little by deciding to continue the consolidation process on its current, arbitrary timeline,” the letter from the United States Senators stated.

In August, Senator Baldwin led a letter signed by a bipartisan group of 51 senators that called for a one-year moratorium on U.S. Postal Service plans to close mail processing plants and slow down first-class mail delivery.

That letter urged leaders of a key Senate committee to include a one-year ban on mail delivery cuts as part of must-pass legislation to keep the government running into the new fiscal year that began in October of 2014.