WISCONSINREPORT.COM (03/10/2015) – The shooting incident in Madison, Wisconsin, Friday, involving a police officer, is now the subject of an independent investigation mandated by Wisconsin law. The law was co-authored by Madison area State Assembly Representative Chris Taylor (D-Madison) in the last session of the State Legislature. Coincidentally, she says she was in the area where the Friday shooting took place.

Friday night at approximately 6:30 pm, Representative Chris Taylor pulled into a gas station on Williamson Street in Madison, Wisconsin. Rep. She says, while there she witnessed a commotion outside of the house across the street that ended in an officer fatally shooting a person, who has been described to be an unarmed man. 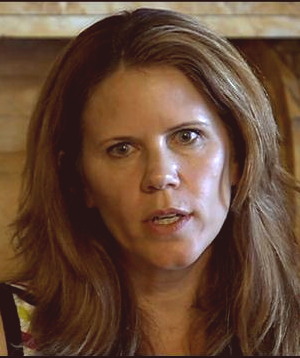 As a member of the Joint Committee on Finance, Taylor began last week with a briefing at which Republican Attorney General Brad Schimel requested funding for additional staff to conduct independent investigations. She ended her week at the scene of the incident that took the life of a human being, which requires independent investigation, mandated by the state law that she co-authored..

“My heart goes out to all who were impacted by this tragedy,” Assembly Representative Chris Taylor said.

“Our community has been particularly inflicted with officer-involved deaths,” Taylor continued.

“I know the families of everyone involved are devastated. Our community had only begun to heal from a 2012 officer-involved death and this is extremely hard on this community,” Taylor said.

“As the author of the law that requires an independent investigation into officer-involved deaths, I am hopeful that the new law will afford this process a chance to work, enabling the family involved and the community to get the answers they deserve,” said Representative Chris Taylor.

“While I am proud that Wisconsin’s is the first law in the nation requiring an independent investigation into officer-involved deaths, it is just a first step,” she said. “This is where the rubber meets the road.”

“Governor Walker signed this bipartisan law last session, yet neglected to provide the needed funds for additional independent investigators within the DOJ over the next two years”, Representative Taylor complained.

“We must fight for fairness in our communities, in our statehouse and in our state budget”, Democratic Assembly Representative Taylor stated.