WISCONSINREPORT.COM (04/07/2015) – Incumbent Wisconsin Supreme Court Justice Ann Walsh Bradley has been declared the winner of the state-wide election battle. Supporters and the candidate herself are chalking up the win as one that shows most voters wanted to keep partisan politics out of decisions made by the State Supreme Court.

On the other hand, her challenger, Rock County Judge James Daley, claims Bradley winning another term on the State Supreme Court is an example of the power of being an incumbent.

“I want to take a moment to congratulate Justice Ann Walsh Bradley on her reelection to the court,” Daley said.

“Tonight we witnessed first-hand the power of incumbency, as liberal special interests band together to protect their candidate,” Daley continued. 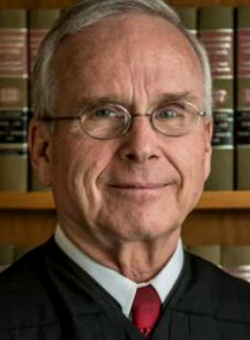 “I thank my family for their support, my volunteers for their tireless efforts and now look forward to a return to the bench in Rock County,” Judge Daley added.

The president of the Wisconsin AFL-CIO looks at the result a little differently than Daley:

“Wisconsinites have voted to keep impartiality and fairness on the Supreme Court,” said Phil Neuenfeldt, President of the Wisconsin AFL-CIO.

“Workers talking to workers and neighbors talking to neighbors cut through the political noise with the re-election of Justice Ann Walsh Bradley,” Neuenfeldt said.

“Union members talking to union members helped to educate voters and raise awareness of the importance of the Supreme Court election,” Stephanie Bloomingdale, Secretary-Treasurer of the Wisconsin AFL-CIO added.

“One-on-one conversations about middle class values, spurred on by recent political attacks on workers’ rights and wages, paid off at the polls on Tuesday as working family candidates like Ann Walsh Bradley were elected to office”, Bloomingdale said. 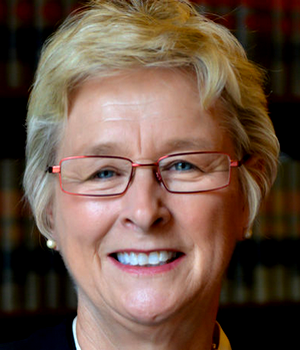 Races for Wisconsin Supreme Court are officially non-partisan, however, Bradley is considered one of two Justices on the court who are more liberal than the other four Justices.

If Judge Daley would have won the election, the balance of Justices on the Wisconsin Supreme Court would have likely swung in further favor of the Conservative Republican point of view. Daley had courted Republicans to financially support his candidacy in his bid for the Supreme Court seat.

Justice Bradley was born in Richland Center, Wisconsin in 1950; educated at the University of Wisconsin Law School and Webster University; and was first elected to sit on the Supreme Court in 1995. She is 64.